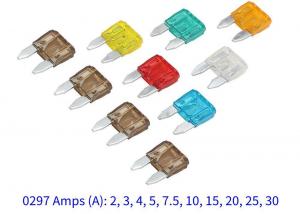 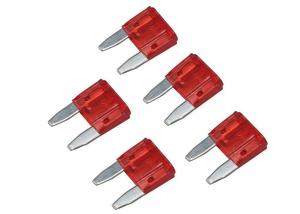 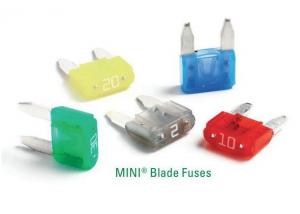 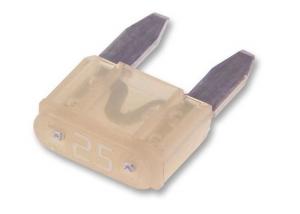 The MINI® Fuse is quickly becoming the new standard for vehicle circuit protection throughout the world. Its miniature design, patented by Littelfuse, meets the need for more circuits to be protected while utilizing less space, and its ability to cope with high temperatures in adverse environments makes the MINI® Fuse the recommended choice for protection. 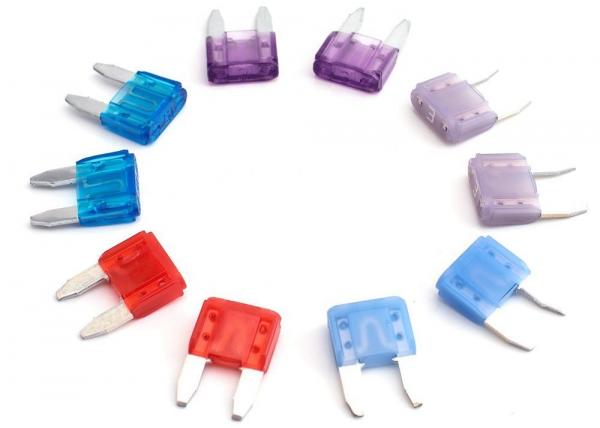 Breakthrough current, labeled on the fuse as IR, is the maximum current that a fuse can safely stop in the event of a short circuit.
Fast-acting fuses open circuits quickly when surges are detected.
Fuses with blown fuse indicator have a light that turns on when the fuse blows. 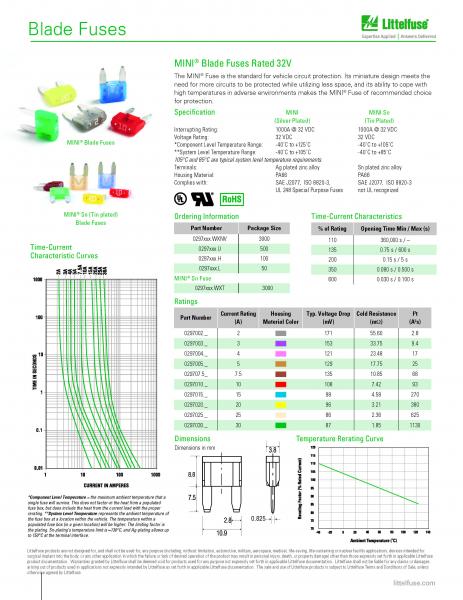 Nonindicating automotive blade fuses open within seconds of being exposed to overloads and short circuits. They have no indicator for identifying a blown fuse, so they're sometimes used with an indicating fuse block or cover.Automotive blade fuses are the most commonly used type of automotive fuse for protecting electrical systems and components against overcurrent. These 32VDC plug-in style fuses have a plastic housing with two blade-style contacts that fit into compatible fuse block or holder. Their housing is usually color-coded by amperage rating to help prevent installation of a mismatched fuse. The housing is also transparent for checking whether the fuse element is intact or has melted.

Thank you! Your message has been sent to the following suppliers.